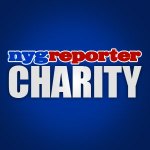 It’s nice to see a positive story about a player giving back to the community. QB Eli Manning is worth every penny he gets in his contract. Besides improving his game on the field, he has been the consummate professional off the field. Clearly, the Manning boys were raised the right way by their parents. The entire Manning clan including Archie, Cooper, Peyton and Eli, were on hand for their passing academy recently as well. It is an annual event the family holds in Louisiana and yet another example of the guys giving back.

I think it is important for kids to hear about stories like this. The kids today need some positive role models in their lives. I think Eli Manning understands that star athletes become role models by default and players have a responsibility to do the right thing. It is part of the package when you live your life in the spotlight. It’s nice to see him embrace that role and live the good life. The Giants Nation tip our hats to you good sir.

Personally, I am glad that the Giants have a classy guy leading the team. We have all read the recent articles in 2010 about other NFL QB’s going off the deep end and being charged with some heinous crimes. It’s nice to know that Big Blue fans will be spared that kind of ridicule. To all of the kids reading this story, stay in school and follow your dreams. Stay out of trouble and remember that good things happen to good people.

Do you find it refreshing to hear a positive sports story for a change?