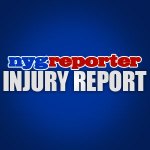 NEW YORK – The New York Giants might need to seek some alternative medical practices because they simply cannot avoid injuries as of late. I’m not suggesting getting a witch doctor on the med staff but there certainly needs to be some changes in the training process. The Giants already have eight players on the injured reserve list and we are only in week one of the 2010 NFL season.

The bad news continued to roll in today with the reports of OT William Beatty needing  surgery for a fracture in his foot. I do not need to explain how important the left tackle position is and I’m glad that the team picked up OL Shawn Andrews as insurance. OL David Diehl is more then capable of filling in at left tackle, a position he has a lot of experience with.

TE Kevin Boss suffered another concussion in the game on Sunday and the team has not said when he will be able to return. I’m not sure what to say but I know that the Giants cannot continue to lose starting players at this rate and expect to be competitive in the NFC East. TE Travis Beckum is the only other tight end on the roster. Big Blue does have TE Bear Pascoe on the practice squad but he could find himself on the bus if Boss misses significant game time.

I wish I could tell you that we were through with listing some injuries but we are not. LB Chase Blackburn was diagnosed with a sprained MCL. The team did not say how long Blackburn would be out. You would think it would be about 2-4 weeks, depending on how bad the headaches are. Blackburn has already been quoted as saying he hopes he doesn’t need to miss even one week but that is being overly optimistic in the eyes of the medical staff. Blackburn is a huge contributor on special teams and a primary backup for the MLB position.

With the recent rash of injuries on the Giants, do you think their is a solution to this problem or is just a part of football? 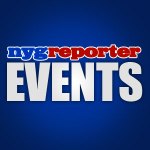 NEW YORK – Hello Giants fans, are you interested in meeting some of your favorite football players? For the first time ever, Lord and Taylor in Manhattan will hold it’s inaugural Chalk Talk series dealing with professional sports athletes. They will be celebrating the launch of former Giants linebacker Carl Banks’ clothing line called GIII. So of course, two-time Super Bowl champion Carl Banks, will be on hand for the fans to meet. For the youngsters out there who don’t know who Carl Banks is, all I can say is read about NFL history. Mr. Banks played on one of the best defenses in the history of the NFL. He played alongside Lawrence Taylor, George Martin, Pepper Johnson, Leonard Marshall and Phil Simms just to name a few.

Giants defensive end Osi Umenyiora will also be in attendance. I expect a lot from Osi during the 2010 campaign and see no reason why he cannot dominate from the end position. He certainly looked like the Osi of old, when he helped the Giants christen their brand new $1.6 billion dollar stadium last night with a victory. The Giants beat the Panthers 31-18 in their inaugural home opener at the new stadium. Osi had a sack and forced fumble in the game, not too shabby.

Both Carl Banks and Osi Umenyiora are Super Bowl champions and have three rings between them. If the fans are lucky, maybe the guys will be wearing their bling at the appearance, so all of the kids can see what a Super Bowl ring looks like up close. Both of these men have also made a trip to Hawaii as pro bowl players, a big honor for NFL players. On another note, NBC’s Bruce Beck will be attending the launch as well, just in case there are any media groupies out there.

My personal opinion about this event is simple. This is clearly a great opportunity for fathers and sons to bridge the gap between generations. Having a Giants player from Dads generation, LB Carl Banks and one from the current generation, DE Osi Umenyiora in the same room, is a rare occurrence. I would like to thank Lord and Taylor for keeping us in the loop and for confirming that they are true blue nygreporter fans!

I have taken the liberty of reading the fine print and would like to let you know exactly what you need to do if you plan on attending. First, there is a $50 minimum purchase involved with getting past the velvet ropes to the players and the fine print also stated that the purchase needs to be made beginning at 5PM EST at the Chalk Talk area.

Check out the Lord and Taylor “Chalk Talk” schedule