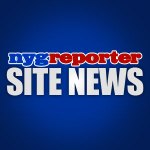 NEW YORK – We have finally locked down a partnership with Shop.Giants.com. That means you can now find official New York Giants merchandise on our website. This is something that I have wanted to do for a while and think our readers will appreciate the convenience of going straight to the official New York Giants team store if they decide they want to buy something. If you want to learn how you can do this for your own website, using your own favorite team, I suggest you check out an affiliate program and learn how to Find a sponsor for your web site. Get paid for your great content.  You get a percentage for using team ads. You will need to get approved and once you do, just become a partner with a merchant, such as shop.giants.com. As you can see, there are no minefields of advertising to maneuver around on nygreporter and we intend to keep it way. However, we do want the fans to have access to Giants products.

You all know that too many advertisements can ruin a good website. Pop ups and the loud ones are avoided like the plague. That is why I will not let ads ruin our website. You will only be able to purchase New York Giants merchandise on this website. Of course, NFL gear for the NFL Draft, NFL Pro Bowl and the Super Bowls to be included too. But you will never find the clutter we have all come to loathe. You can be sure your getting official Giants gear when visiting us here. I mean, think of the possibilities, you have Eli Manning jerseys and  Steve Smith jerseys and you have a host of other Giants jerseys you can choose from as well. You can always get a team hat if you need a gift for a sports fan. You never see anyone get mad over getting a hat. Other items that nobody ever gets mad at receiving are team T-shirts, just make sure you know the right size.

It’s nice to know that you can always just go straight to specific catalog areas if you feel like browsing too. After all, it can get pretty cold in East Rutherford during the winter at New Meadowlands stadium and people will need to dress warm while they wait for the game to start, tailgate gear might be just the thing you’re looking for. I am proud to have Giants products available on my site, I know our readers are people who represent their team to the fullest. All of this talk about “stuff” has me wondering what your most prized Giants possession is? Mine revolve around meeting a player usually but what are yours? Feel free to leave a comment below and share your thoughts.

What is your most prized New York Giants possession? My favorite is a helmet that Michael Strahan personally signed for me.