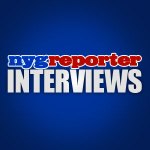 NEW YORK – They say all good things come in time. This is one of those moments they talk about. I am very happy to have a special guest for our readers today. An absolute certified New York Giants legend. This is the rare treat that will have fans talking all weekend about how good this gentleman was at playing football in New York. You’ve read the title of this article and you know the man, Mr. Rodney Hampton. The real Rodney Hampton is answering questions about his experiences in the NFL and his life for our readers here today.

This former running back for Big Blue is a fan favorite and has been for decades. Hampton gets love on a level reserved for very few New York Athletes in any sport. He was drafted by the Giants (1st round pick) and played his entire NFL career with New York. Just those two facts alone elevate him to another level in Giants lore. He was known for running hard and knocking people down. He is second on the Giants all-time record list for career rushing yards (6,897 yards) and had a five year streak of 1,000 yard seasons in the NFL. He made the Pro Bowl twice and Oh yeah, Rodney is also a Super Bowl champion and he has the ring to prove it. He went to college at the University of Georgia and was born in Texas. In 2008, he was named the New York Giants Alumni Man of the Year.

Enough about the facts and numbers. Let’s get right to the man himself now. Ladies and gentleman, please welcome Rodney Hampton.

RD/Q1: Thank you very much for joining us at nygreporter.com and doing this interview Mr. Hampton. Let’s start this interview the same way that I have started all of my other interviews, at the beginning. Tell us a little about your rookie season and how it felt to be a first round pick?

Rodney Hampton: My rookie season was very exciting. For me, it was so exciting to be picked in the first round. That was like a dream to me and it took me a while at first to digest that. Being picked in the first round was also a big relief for me because I was so nervous. Before the actual draft begins, there is so much speculation over where a player may go and it all depends solely on the needs of each NFL team at the time. Overall, it was a great experience and prepared me for my future with the New York Giants.

RD/Q2: Talk about falling into a good situation. After being drafted out of Georgia, you fall into a wonderful situation playing for the New York Giants, who had just won a Super Bowl a few years earlier. What did it feel like to be surrounded by all of those pro bowl players?

Rodney Hampton: It felt good to be around a veteran team with proven winners. It felt like my freshman year at the University of Georgia, coming into a big program as a freshman, playing with the seniors and excelling my first year. I did the same thing my first year with the Giants, while I was surrounded by all of those legendary players on the team. They were quick to take me under their wings and show me the ropes on and off the field. I truly learned how to be a professional. One player in particular who showed me a lot was my fullback, Maurice Carthon. He was quick to reprimand me when he saw me slacking. Initially, I thought he was a bit harsh but I quickly came to appreciate him for that because I was young in a big city and needed a true mentor.

RD/Q3: What was the transition like going from Bill Parcells in 1990 as your head coach, to Ray Handley in 1991? In essence the difference between your rookie year and sophomore season. How about getting Dan Reeves in 1993? Who taught you the most about football?

Rodney Hampton: For me it wasn’t hard. My duty as a running back was to do my job and to do it to the best of my ability. It really didn’t make a difference who the coaches were because I had to work hard and do my job regardless. During my rookie year I was sidelined for the Super Bowl, so I had to work hard and get through my sophomore season to see if I really belonged in the NFL. I had a lot to prove to myself and my team. I needed to prove that I could really excel in the NFL. I rushed for over 1,000 yards my second year which was a huge accomplishment after being out the latter part of my rookie season.

Dan Reeves was great. He was a players coach, a disciplinarian and a fun guy who I absolutely loved playing for. He was my all-time favorite coach. But it all started for me back in Houston, Texas at a small neighborhood park called Apache Park. I was a part of a football little league on a team called the All Stars. I will never forget my coaches, Coach Scales, Coach Ellis and Coach Miller. They provided me with the foundation and fundamentals of football that I will never forget. Since then, there have been other coaches who have helped me and provided me with different techniques that made me a well rounded athlete. From middle school all the way through the pros, I was constantly learning and perfecting my game.

RD/Q4: You have a nice resume Rodney. You are a Super Bowl Champion, a 1st round pick and a 2x Pro Bowler. Was there anything else you wanted to accomplish in the NFL that father time would just not allow?

RD/Q5: You held the Giants all-time record for career rushing yards (6,897) until Tiki Barber broke the record in 2004. With the recent news that he has un-retired, is there anything you would like to say directly to Tiki? Any tips for him on how to win the fans back in New York?

Rodney Hampton: I wish Tiki the best of luck, go for it Tiki! I believe in him as a player. He is a great running back and I’m sure there are a few teams out there who feel he would be an asset. There are still many Giants fans out there that love Tiki Barber. Some are displeased with a few of the comments he has made in the past. The fans in New York are great and I’m sure once he is back out there on the field he’ll have their support. He provided a lot of excitement for the fans and I know they will forever appreciate that.

RD/Q6: A players number is a big deal in sports. Some feel the number represents the man inside. Was the No.27 jersey picked by you or was it given to you? Is that your lucky/favorite number and if not, what is? How do you feel about Brandon Jacobs wearing the No.27 jersey now?

RD/Q7: What have you been working on lately Rodney and do you have any interesting plans for the near future?

Rodney Hampton: I do appearances throughout the year for the Giants and attend many charity events. I have been extremely busy lately with my own charity, Hamps Camp. Over the years, I have hosted many football camps during the summer for underprivileged kids in New York, New Jersey, Georgia and Texas. Through my nonprofit organization Hamps Camp Inc, we have now started providing after school programs for kids. We have two programs that we currently offer, Fundamentals of Football and All Sports Program. It seems like this is the perfect time for us to do these after school programs because of all the layoffs in the education system. We have brought back the fire in many of the kids that we work with. Currently, we are only in Houston but we’re planning to expand. It has been so exciting to see the kids now that I’ve worked with grow so much both physically and mentally.

RD/Q8: If you had to sum up your entire NFL career in a sentence, what would it be? What is the greatest single life lesson you have ever learned the hard way? Is there anything you would do differently?

Rodney Hampton: The NFL was the best experience of my life because it not only allowed me to be a part of footballs most elite, it also prepared me for life after the game.

My career in the NFL was very smooth. I was blessed to have a family that made sure my business was handled correctly, which allowed me to be at ease and concentrate on my job as a running back. Looking back now, I would do everything the same. Any of the mistakes that I made helped me to become the man that I am today and I’m very proud to say that I love the man who I’ve come to be.

RD/Q9: Texas, Georgia and New York all played a big role in your life. Who has the best food? The best fans? and the best vibe? If home is where the heart is, then where is home to you Rodney?

Rodney Hampton: Texas has the best food. My best friend Jarrett Scales, owns a great restaurant there called Triple J’s BBQ that has the best BBQ in town. Now they’ve added burgers to the menu since he knows that is one of my favorite dishes. New York has the best fans by far. They’re loyal, passionate and die-hard fans for the New York Giants. It’s so amazing to me that no matter how many times I’m there working or visiting, I always have fans that express their gratitude for my service with the team. I love the New York Giants fans! As far as your question about the best vibe, I would have to say it is a tie between Georgia and New York. Georgia has a laid back, southern friendly vibe and New York is the city that never sleeps. New York always has something exciting to get into and it’s the city that is so nice, they had to name it twice, New York, New York!

RD/Q10: This is my last question for you Rodney, if you were lost in the vast ocean on a broken submarine for years and could only take three people with you, to help you survive the ordeal, who would they be?

Rodney Hampton: I really can’t answer this question because I could never see myself in this situation!

RD: Thank you very much for this interview Mr. Hampton and best wishes to you in the future. God Bless.

What a great guy. I really enjoyed this interview and I hope that all of our readers did as well. Please visit www.hampscamp.com and try to contribute to Rodney Hampton’s charity for the kids if possible. You can also call them if you prefer at 1-888-635-HAMP (4267) to find out how to donate, volunteer or become a sponsor. Thanks!