Should the Giants Think About a New Kicker in 2011? 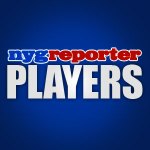 NEW YORK – I couldn’t help noticing that a couple of kickers are free agents this year. There are more then two out there but two really caught my attention. They are David Akers and Ryan Longwell. I know that some Giants fans are big Lawrence Tynes fans but I am not one of them. It seems like we have this discussion every year about the kicker position. It tells me that other fans do not completely trust Tynes, just as I don’t. Yes, Tynes kicked that huge FG to get the G-Men into the Super Bowl but he also missed some huge FG’s in his career. Is it time to look for a long term kicker elsewhere or bring in a crafty veteran for the short term?

Both Akers and Longwell are 36 years old and can still play the game. Tynes is 33 years old. The Eagles drafted a kicker in the 4th round (really? lol) of this years NFL Draft, which most likely means Akers could end up elsewhere. Bringing in Akers would mean improving our kicking team and taking away a weapon from the Eagles in my opinion. The Giants special teams was an area of focus this offseason and they will need to do more work in that area before fans can exhale. The Giants special teams has been absolutely atrocious in recent years. Special Teams Coach Tom Quinn must have a lucky horse shoe hidden on him at all times because most coaches would have been fired by now for a lack of production.

I would prefer to have David Akers over Ryan Longwell, who seems to have aged much quicker then Akers. I still think either one would be an improvement over Tynes. I’m sure there will be fans who disagree with me but there will also be fans who agree with this sentiment. I have no qualms about suggesting the team address the kicker position. It would be nice to see the Giants bring in two rookie free agent kickers for training camp competition and possibly catch lightning in a bottle with one of those young men. The NFL lockout has now reached 93 days and fans can only hope there will even be a 2011 training camp. I’m not sure where Tom Coughlin’s comfort level is with Tynes but I can tell you that mine isn’t very high. The time has come to address the kicker position.

Who would you want as the Giants kicker in 2011 between Lawrence Tynes, David Akers and Ryan Longwell? Also, if you were the GM of an NFL team, would you use a valuable draft pick on a kicker?