NEW YORK – I would like to wish you all a very Happy Easter! It’s hard to believe that we are this deep into April already, this year is flying by very fast. I’m glad I was able to hang out with family and relax today. I hope you all had a great weekend too. Can you believe it has been two months, since the Giants beat the Patriots in Super Bowl XLVI to win the Super Bowl Championship for a second time against New England. My how time flies. The 2012 NFL Draft is the next big thing coming up and I expect football fans to be foaming at the mouth in Radio City Music Hall. The war room strategies and meetings have already started and coaches are discussing the roster with GM Jerry Reese. Fans will only have to wait another 3 weeks to find out the brilliant game plan put together by the Giants A-Team.

Be on the look out for my upcoming 2012 Giants Draft article. It should be a fun way to discuss the team needs and assess players for our ‘hit list’ on draft day. If you decide that you want to make your list on your own, may I suggest doing it by position. It makes for a much easier reference when you follow the draft LIVE and try to guess the rookies taken. I generally do a top five list for each position and top ten for the three positions with the most need. Example, WR, RB and OL look like three top areas of need on offense for the 2012 draft. The defense is pretty solid but could use more youth at the safety and cornerback positions in my opinion. The top three positions of need on defense are CB, S and LB.

If the money could be worked out on a deal, I would suggest bringing in a veteran offensive lineman and then use the first round pick on another offensive lineman. Protect QB Eli Manning at all costs. Then straight hit the defense for back to back rounds with a cornerback and linebacker taken, followed by a surprising wide receiver pick in the fourth. These picks are based solely on my opinion and will probably change the closer we get to the draft itself. The Giants needs change all of the time, so be sure to keep an eye on their transactions.

What are your top three areas of need for the Giants this draft? 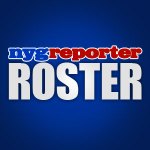 NEW YORK – The New York Giants have made some roster moves already by signing WR Domenik Hixon, TE Jake Ballard and CB Bruce Johnson. The Giants have also released veteran RB Brandon Jacobs, who may want to test the market but return for less money and get that third ring we all know is coming to New York under QB Eli Manning. Come back to New York for a bit less Brandon, RB Ahmad Bradshaw is the No.1 RB in New York but the two players compliment each other well. Manning was also in the news this week for restructuring his contract to free up over $6.5 million dollars in cap space for 2012. The Giants will also need to pay DE Osi Umenyiora, who deserves to be paid a nice 3 or 4 year deal for consistent production on the field.

Indianapolis Colts QB Peyton Manning was released by the team this week, in an emotional press conference which included Jim Irsay. He has already begun checking out teams, including Denver where he was spotted this week and Miami where he will be soon. The Washington Redskins make a bold move giving up three 1st round picks (2012,2013,2014) and this years 2nd round pick, for this years No.2 overall pick from the St. Louis Rams. A pick most believe will be used on QB Robert Griffin III. The New York Jets sign QB Mark Sanchez long term with a five year $40 million dollar deal. Even WR Plaxico Burress was in the news and suggesting a return to the G-Men is always a possibility. I don’t know about that one.

It’s worth mentioning again how much I love the New York Giants using the franchise tag on punter Steve Weatherford. OL Kareem Mckenzie might be on his way out too. It sounds like the Giants are going to bulk up their offensive line this year which is a smart move. I would like to wish Brandon Jacobs all of the best in whatever he decides to do and Kareem McKenzie too, if he should leave. Of course, WR Mario Manningham is another big name floating around about possibly leaving the team. I hope that isn’t the case with Manningham but I wish him well too if he goes.

The NFL draft is next month and I think the Giants could use their first round pick on an offensive player for a change. I love the idea of getting a 10-year offensive lineman like OG Cordy Glenn 6’5″ 345 pounds in round one or OT Mike Adams 6’6″ 320 pounds. Perhaps, a stud tight end like Dwayne Allen 6’3″ 255 pounds or Coby Fleener 6’6″ 247 pounds. I doubt they will use a first round pick on a running back but I can see them taking one within the first four rounds. Giants GM Jerry Reese seems to be particularly astute at finding gems within the RB groups in later rounds, so it could wander into round five. I haven’t heard anything about special teams coach Tom Quinn yet but that is an area I expect will be addressed soon. It looks like K Lawrence Tynes has become a good luck charm for Big Blue and P Steve Weatherford is a rock star compared to other NFL punters. Hixon will help the return game and I expect WR Jerrel Jernigan to be primarily used as a WR. RB Da’Rel Scott is one to watch too. The Giants should also lock up LB Chase Blackburn for 3 years if possible in my opinion. I expect a linebacker to be drafted within the first four rounds. Be sure to come back and check out my full draft analysis by position.

What are your thoughts on some of the recent roster moves by Big Blue?