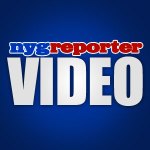 NEW YORK – Everyone has seen a photo of an NFL playbook. Some may have even been lucky enough to hold one in their hands (highly unlikely) and flip through the secret pages. The thing is as thick as a telephone book and must be guarded very closely by players. If a rival team happens to get their hands on your playbook, you would be in for a very long season. I was thinking about this old school way of doing business and wondered what the future holds for NFL players (can you tell I have too much time on my hands due to the lockout?) and the precious NFL playbook.

I began to wonder why nobody has suggested (maybe someone has) integrating the technology of the Madden NFL video games with actual playbooks? I am certain there will be pros and cons to doing something like this but heck, if the military is using video game technology to train the finest armed forces on the planet, it might not be a bad idea to look into it. Let’s face it, the players are spending quite a bit of time on their Playstation, Wii and Xbox consoles anyway. Why not make it somewhat productive? I can honestly say that I was the first person to suggest that “one day in the future”, coaches would send the plays into the huddle with microphones and headphones placed into the quarterbacks helmet. Of course, I was probably not the first person to invent the idea but I was certainly the first person to suggest it out loud among my friends back in the early 1990’s.

Imagine handing out CD’s to the players instead of those cumbersome phonebook sized playbooks. You could integrate true learning technology into the game that notifies a wide receiver when they run a wrong route or tells a running back when they fail to pick up a block. This would basically create an entirely new industry for the gaming world and put thousands of people to work overnight. The timing would be crucial and they would need to use CD’s that couldn’t be copied. There would also be an annual overhaul of the plays and new CD’s would need to be created before each season. They could even use secure internet connections that allow teammates to play each other in cyberspace (I’m not so sure about this idea yet), the way they do with other online games such as World of Warcraft or Call of Duty.

The term VP (virtual practice) would become a household name in America and the players might even enjoy studying their playbooks. Having a video game CD played on a dedicated TV in each players home can’t be anymore dangerous then leaving a huge playbook on the coffee table in the living room. If you take out the online capabilities, it would be virtually impossible for anyone to monitor the video game use. Each team would need to create their own “video game squad” that solely deals with individual team business. I’m guessing that this would be the area of most concern for teams. Can these video game creators be trusted and will they keep their mouths shut?

Do you think making playbooks into video games would help NFL players learn the plays faster? Is this something you think we will see come to fruition in our lifetime?