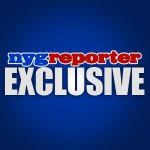 NEW YORK – You would think that finishing the season at 10-6 and taking 2nd place in the NFC East would be considered a fairly successful season. But not in 2010 when the Giants mishaps piled up higher then the Empire State building and the team missed the playoffs for a second year in a row. It was not fun to watch and deep in my heart, I know that the team played much worse then their 10-6 record misleading shows. You cannot win in the NFL if you turn the ball over 42 times (that is not a misprint) or put 16 players on the IR list. Big Blue was the cruel recipient of both of these issues mentioned and much more. The 2010 NFL season was sweet and sour for most Giants fans, including myself.

In a year when QB Eli Manning topped the 4,000 passing yards mark and threw 31 touchdowns (he is only the second Giants QB to throw over 30 TD’s in a season), the thing that stands out most is Manning’s 25 interceptions (plus his 7 fumbles). I have to admit it seemed like half of those INT’s came from tipped balls but Easy Eli certainly made some bad decisions more often then I have ever seen before. Brandon Jacobs (2 fumbles) and Ahmad Bradshaw (7 fumbles) didn’t help in the turnover department and had their own issues with fumbles all year. All three of these men are the strength of the New York offense and it was painful to watch them struggle so much this year. Still there is no denying they were responsible for most of the turnovers.

The one area of the team that will absolutely have the most changes is the special teams. Special Teams Coach Tom Quinn in 2010, was the equivalent to DC Bill Sheridan in 2009. The Big Blue special teams were simply atrocious and I fully expect this to be addressed sometime this week before the playoffs begin. If not, then certainly very soon because this group did not get the job done and even worse, lost some games for the Giants. Getting all facets of the team to perform well seems to be a bit like working a rubiks cube. Last year, it was the defense that was horrible. The defense was immediately addressed during the off season and climbed their way up to elite defense status in 2010. This year the special teams was horrible. Let’s see what the team does about that in the coming weeks. Hopefully, that will not mean that the defense and special teams are great next year with the offense turning out to be the horrible group.

Despite the media’s attempt to get head coach Tom Coughlin fired, owner John Mara was very vocal about expressing his admiration for Coughlin and he assured the media and fans alike, that Coughlin would return as head coach next year. I am glad that is out of the way and this nonsense about Coughlin getting fired has come to a halt. Let the man do his job in peace. On a positive note, DC Perry Fewell was the most significant coaching upgrade since Coach Spagnuolo came to town. Replacing Bill Sheridan after a horrible 2009 season was a no brainer. Something is telling me that replacing OC Kevin Gilbride is also a no brainer and a change that must be made in 2011. The offense seemed very sluggish and predictable at times this year. My overall grade for the Giants in 2010 is a B- (thought about a C+ but they did finish 10-6). Let’s take a brief look at my good, bad and ugly list from the 2010 NFL season.

1. Getting Defensive Coordinator Perry Fewell was the biggest change the team made for the 2010 season and it paid off. Fewell lived up to the hype and made Big Blue an elite defense. The players and fans love this guy.

2. Signing S Antrel Rolle. This guy might talk a bit much for the conservative Coughlin but his play on the field is undeniable. He was another significant free agent pick up in 2010.

3. The Giants defense as a whole was dominating in 2010. This includes players DE Justin Tuck, DE Osi Umenyiora and CB Terrell Thomas who were the top 3 defensive players in my mind.

4. Offensive line coach Pat Flaherty and the offensive linemen. This group of men did an outstanding job in 2010 and Coach Pat worked miracles with limited starters and backup players.

1. Turnovers, turnovers and turnovers. The Giants had 42 turnovers in 2010, that averages out to about 2.5 per game, not good at all. The interceptions and fumbles must stop in 2011.

2. Dropped, tipped and missed passes by the wide receivers and tight ends. QB Eli Manning’s stats are deceiving because a rash of mental errors by the WR’s and TE’s cost the team games this year.

3. Offensive Coordinator Kevin Gilbride made some questionable calls (I’m being generous) this year. He did not seem to grasp the flow of the games and let’s be honest, the defense won most of the games in 2010.

4. Missing the playoffs in back to back seasons. The 2009 and 2010 NFL seasons, are two that Giants fans cannot forget fast enough.

1. Special Teams was simply bad in 2010. I mean really bad. This group needs more work then the Mona Lisa.

2. Injuries plagued the Giants once again in 2010 and the team finished with 16 players on the IR list, as well as a bevy of players who are banged up and will need off season surgery.

3. Rookie punter Matt Dodge had a terrible first season in the NFL. Inconsistency will get a player cut faster then a cheetah with a jet pack on.

4. The New York media calling for Head Coach Tom Coughlin to be fired. As a fan, there is nothing more disgusting to me, then the disrespect of this man who lives, eats and breathes Giants football.

– In other news, we here at the nygreporter would like to wish QB Eli Manning a Happy Birthday. Manning turned 30 years old yesterday.