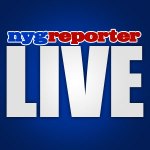 NEW YORK – Hello fans, are you interested in getting to know the New York Giants first round pick a little better? Do you have a question you would like to ask rookie CB Prince Amukamara? If so, you will have your chance tomorrow. Prince will be doing a LIVE Chat on Eastbay at 7:00 PM EST/4:00 PM PST (links will be provided below). The guy already has his own sneaker coming out, can you believe that? Not too bad for a rookie in New York.

The truth is New York expects big things from Prince in the future. This is a city that loves to win but also a city that has some of the smartest fans in the world. They will be with him every step of the way and I’m sure by the end of his rookie year, kids all over the five boroughs will be wearing his new Adidas sneaker (adiZero 5 STAR).

Giants fans have already had a glimpse of the Prince from his NFL Draft press conferences. Personally, I found him to be a very nice young man who will fit right into the Giants system and there is absolutely no question about his talent. He believes in faith, family and football. I like that. I don’t know how GM Jerry Reese does it but he seems to come away with classy rookies every year. I suggest all of New York come out and support this young man and check out his chat on Eastbay. I feel bad that these rookies have to deal with all of this lockout nonsense during one of the happiest times of their lives. Hopefully, they can get on the field soon and begin working with their new team mates.

I have two questions I would like to ask Prince. My first question is will he be attending any of QB Eli Manning’s “player practices” at Hoboken high school in New Jersey? My second question is what jersey number he would like to wear as a New York Giant? What are your questions for Prince?

Will you be checking out the Prince of New York during his LIVE chat on Eastbay? I know I will be there! www.eastbay.com/adidas