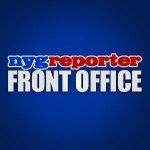 NEW YORK – You have to love Giants owner John Mara. Here is a man that is a throw back to the old school days of NFL football. He was one of the first owners to address the media when this whole lockout started 71 days ago. He was one of the first owners to address his fan base directly with a letter explaining what was about to happen. Thursday, he stepped up once again and addressed the media about the current state of the lockout. He explained how silly this whole lockout is and expressed his feelings about getting back to work and coming to an agreement soon. The players lost their battle in the court system already but now we have what amounts to a staring contest between the team owners and the players. Of course, this is a $10 billion dollar staring contest and one that will not end without feelings getting hurt.

Mr. Mara urged everyone to come back to the bargaining table because nobody is making an effort to resolve the issue. He is right. The only way to end this thing is to get into a room and make a deal. One way or another, the resolution must be made soon or the very real possibility of a lost 2011 NFL season could become a reality. Mara is clearly trying to get something done before the point of no return. The point of no return is when it takes longer to go back to the beginning then it does to reach the end of something. We are now only 16 weeks away from the first scheduled regular season game against Washington on September 11, 2011. At some point, a cut off date will be given and that date will decide the fate of the 2011 season.

What do you think about owner John Mara stepping up once again? Are you proud to have an owner that consistently takes a leadership role among NFL owners or would you prefer to have an owner that stays in the background? I have already acknowledged that I prefer a leader with Mr. Mara’s style. Someone who can examine a situation and immediately know where he stands. Leadership like that seems to be rare these days but I am glad it is not completely nonexistent. What do you think?

2 Responses to Giants Owner John Mara Steps Up Once Again