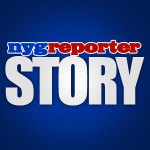 NEW YORK – The Giants lost to the Redskins for their season opener. We are all well aware of that. However, since that loss, the rumors and worry warts have come out in full view and have begun a campaign of shame about Big Blue. It seems like prior to the Redskins game, everyone was full of positivity despite the gargantuan amount of injuries the team had suffered. The latest being star WR Hakeem Nicks and DE Justin Tuck who may miss his 2nd straight game this week. When does it end? Some fans have started to panic causing a mutiny between the true blue fans and fair weather fans. Things could get very ugly if something isn’t done to stop the “sub-500” talk which has become rampant.

There is no doubt that there is cause to be concerned. It is simple math at this point and when you add up all of the first string talent that has been lost for the season (particularly on defense) it becomes hard to argue with the numbers. The Giants are in serious trouble unless these second string players perform like first string players. I need not remind the fans about what Redskins QB Rex Grossman did to our secondary last weekend. What do you think will happen when we play QB Drew Brees, QB Tom Brady or QB Aaron Rodgers this year? Are you starting to get the picture? I’m a positive guy and not one for pep talks, rather I prefer action and seeing results. The Giants need to fix a lot of problems and there is no time left on the clock. QB Eli Manning has his own issues to work out because he has not been himself this entire year. Fans are waiting for him to break out of this funk that seems to be plaguing him despite all of the “everything is fine” talk.

There is no theory or discussion that can replace talent on the field. For three years in a row now, the Giants have fallen victim to the injury bug and there is nothing they can do about it. There is no quick fix for this problem. There is no pep talk that will cover WR DeSean Jackson or WR Dez Bryant. You simply need the best possible personnel on the field to battle with the opposing teams pro bowl players. The Giants do not have their best squad on the field and will have to deal with it. Head Coach Tom Coughlin knows this but must remain the rock for both the team nd the fans. It is amazing how a team with so much talent can remain so mediocre on the scales of progress due to injuries. There needs to be some changes made and GM Jerry Reese knows it. The Giants will face the St. Louis Rams next on Monday Night Football at 8:30 PM EST.

What are your thoughts about the Giants future this season? Can they make it back to the playoffs?

10 Responses to Scuttlebutt Swirls Around Giants Nation About Teams Future