The NFL Owes Giants and Vikings Fans a MNF Game 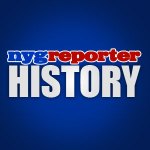 NEW YORK – Many football fans will remember the brutal winter of 2010. This had to be one of the worst winters on record and it caused chaos for some NFL teams just trying to play football. The New York Giants were one of the most effected teams, having been stranded in airports twice during away games. The crown jewel of the 2010 NFL winter issues had to be the roof collapsing in Minnesota under the weight of tons of snow. Can you guess who was scheduled to play the Minnesota Vikings that very same evening in the Metrodome? If you said the New York Giants, you would be correct.

Not only was the game re-scheduled to a bizarre double Monday night game schedule (the game started at 7:20 PM EST) it was also moved to Detroit. Worst of all, the fans were not able to watch the game on TV because ESPN would not allow another game to air at the same time. Forget about the CBA talks, something needs to be done to address this issue so it never happens again. The NFL also owes the Giants and Vikings fans a Monday Night Football game each in compensation. The NFL is smart enough to add a clause to contracts that allow for more flexibility of airing rights due to natural disasters. NFL Commissioner Roger Goodell has to address this further and make amends to the fans who were looking forward to a great game and also missed the opportunity to see history as QB Brett Favre broke his Iron Man streak at 297 games. I would suggest that the NFL at least write in a clause that states, in the event of an emergency, fans can watch their teams play on the internet. This wouldn’t solve the issue but it is a start.

Some fans may have moved on and forgotten about this issue but not me. I was very angry when I couldn’t watch my team play a game because of advertising contracts. It is absolutely ridiculous and something that sorely needs correction. The NFL needs to recognize that the fans of today are much smarter then ever before and it looks bad when they know why things like this go down. Do the right thing and fix the problem before it happens again. There are only 16 games per regular season and fans look forward to seeing each and every one of them. I am confident the NFL will make amends and not allow this to happen again.

NEW YORK – What a weekend for the Giants! In one of the most bizarre situations in recent memory, the Giants faced the Vikings last night in Detroit for a re-scheduled game due to a severe blizzard in Minnesota that caused the Metrodome roof to collapse. If you haven’t seen the video of that roof collapsing, I suggest you do a search for it because it was crazy. The Giants beat the Vikings 21-3 at Ford Field among Lions fans who were given free tickets to the game.

It was a game that had fans up in arms over the fact that the game wasn’t aired on TV in national markets. Some FOX markets showed a message pre-game that said “Due to blackout restrictions rules with ESPN, the game cannot be aired tonight” followed by an apology to the fans. This is disgusting and something the NFL needs to take a long hard look at. The other Monday Night football game on ESPN last night was the Ravens vs. Texans. I cannot remember there ever being two Monday Night football games on at the same time, that was a first for me. Why the football fans had to suffer under these extremely unusual circumstances is beyond me. Have we really become so thoughtless in society, that TV stations are more concerned about the amount of eyes watching their commercials, then they are about the people who pay their salaries with viewership? Last night was a unique situation and should have been handled differently. How about letting FOX stream the game LIVE on their internet website? Something. Anything. But the only thing that happened was, Nothing.

The G-Men were no doubt mentally exhausted from all of the drama over the weekend, so I applaud the team for not complaining about it and going out to do work. They were a little rusty in the first quarter but then turned it on by scoring two TD’s in the second quarter. The 9-4 Giants are on a three game winning streak and face the hated Philadelphia Eagles this weekend at New Meadowlands stadium in a a battle for NFC East supremacy. The game starts at 1 PM EST and should be the game of the week, if both teams play like their seasons depend on a victory (which they do).

– RB Brandon Jacobs had a great game and ran hard all night. He finished with 116 yards and 1 TD.

– TE Kevin Boss was making plays and finished with 23 yards and 1 TD.

– WR Hakeem Nicks returned to the field and made his presence known. He finished with 96 yards.

– S Antrel Rolle led all defensive tacklers last night and continues to be a vocal leader on defense.

– RB Ahmad Bradshaw continues to play like a man possessed. He finished with 103 yards and 1 TD.

– WR Steve Smith saw some action on the field after missing a few weeks and finished with 12 yards. He left the game with a injury.

– WR Mario Manningham left the game early with an injury and did not return. He finished with 1 yard.

– The Giants defense smothered the Vikings all night and knocked out their 6th QB of the year. They finished with 4 sacks and 1 INT.

– DE Justin Tuck had a decent game but got banged up and played hurt the rest of the game.

– LB Clint Sintim was injured in the second quarter and did not return. It looks like a torn ACL and the IR list for Sintim.

– DE Osi Umenyiora attacked the QB all night and finished with 1 sack.

– DE Jason Pierre-Paul was active for a good portion of the game and continues to improve.

– The Giants offensive line gave up only 1 sack last night, the first in the last six games. These guys are awesome.

– The Giants special teams was atrocious once again and their see-saw season continues.

– K Lawrence Tynes made all 3 of his extra point attempts and had no FG attempts.

– P Matt Dodge should receive a one way ticket to palookaville at the end of the season.

– DC Perry Fewell is the most significant pick up for Big Blue since Coach Spags. He is a beast.

– OC Kevin Gilbride needs to shake things up a bit and stop with the conservative play calling.