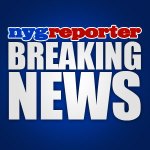 The New York Giants got right to business on Monday morning, following this father’s day weekend. The G-Men cut five players today, on the official first day of summer (summer solstice) and one of them might surprise you. Throughout the minicamp practices, two players were locked in a battle for a starting role. Of course, it isn’t the most sexy position but punters Matt Dodge and Jy Bond have finally found out who won the fight.

Punter Jy Bond was cut from the team today, so it looks like rookie Matt Dodge will be the New York Giants punter this season. Ex-Giants punter Jeff Feagles was spotted working with the guys during minicamp. I loved hearing that he was coaching/helping at the stadium and wonder if GM Jerry Reese has already offered him a coaching job with the team?

The Giants official website said that the team needed to cut these five players in order to make room to sign their draft picks. So far, rookie safety Chad Jones is the only rookie to sign (4-year deal) with the team. Does the fact that the team only released five players, mean that only five out of the remaining six rookies will be signed? Who would seem to be the odd man out in this scenario?

The players who are safe include S Chad Jones. DE Jason Pierre-Paul, LB Phillip Dillard, DT Linval Joseph, OG Mitch Petrus and P Matt Dodge. That leaves rookie LB/DE Adrian Tracy the odd man out from what I can see happening. The only player I can see him going up against out of this draft class, is OG Mitch Petrus. One of those two guys will be gone before the season starts and if I had to bet, I would say Adrian Tracy will be gone. We still need to see who the team decides to replace WR Domenik Hixon with. Hixon will miss the entire 2010 season with a torn ACL. We are almost at the end of June, which is one of the more quiet months for NFL news. Things will begin to pick up speed in July though.

What do you think about the five players that were cut today? Were there any you hoped would make the final roster?

The New York Giants signed two players today who were attending the rookie mini camp. This is quite an achievement for these two young men because it truly is a long shot to get signed when players take this route. The G-Men also released a player today as well. The roster is slowly beginning to take shape and with each new roster move, the Giants are showing the areas the feel need to be addressed.

The first player signed today is a linebacker from Kentucky named Micah Johnson (not to be confused with the WR prospect Micah Rucker). Johnson is 6’1″ 262 pounds and played most of last year with a strained MCL, something that might have kept teams from taking a closer look at him. The Giants must have seen something they liked or they would not have signed him. The linebacker position will be under a microscope this year and most fans are extremely curious to see who will be the starting MLB when the season starts.

The Giants also signed a quarterback from Wake Forest named Riley Skinner. The 24 year old QB is 6’0″ 210 pounds and is the winningest quarterback in the school’s history. The biggest knock on Skinner (as told by the player experts) will be his height. I have said it before and I will say it again, I’m not sure how well Jim Sorgi can perform on the field during crunch time. I am not calling the man out but when you are Iron Man Peyton Manning’s backup QB, you pretty much watch the game from the bench. Everyone knows he will be an incredible asset as Eli’s study partner but I am very curious to see what he can do when given an opportunity to play, something that all Giants fans hope will never be necessary. Who will eventually end up the true backup QB to Eli Manning is anyone’s guess at this point. QB Rhett Bomar seems to have the inside track for getting in the games.

QB Dominic Randolph was waived by the Giants today.

Two Big Blue linebackers Bryan Kehl and Phillip Dillard, have decided to switch jersey numbers. Kehl will wear No. 55 from now on, while Dillard will rock No. 53. There was no mention of any side payments or favors that were required in order to switch, which has become a custom in the NFL when vets deal with rookies.