Will Giants GM Jerry Reese Have Another Solid Draft? 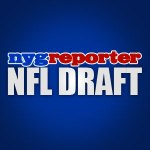 NEW YORK – Everyone has an opinion. Some of the fans that make up the Giants Nation, think GM Jerry Reese does an outstanding job handling the NFL draft (you can include me in this group). Still, there are others who think he doesn’t do a very good job. I’m not sure what the fans see that bring them to that conclusion but I will respect their opinion. Some fans are just die-hard Ernie Accorsi advocates and with good reason but they have to remember that Reese was taught by Accorsi and was given his blessing to take the reigns. I would not be surprised at all if Mr. Accorsi still calls the stadium every once in a while, when he thinks a certain player might be a sleeper or steal somewhere late in the draft. There are certain guys who can never get the job out of their system.

You have to understand that Jerry Reese loves this time of the year. He salivates at the prospect of getting a superstar via the draft and letting them grow with the team. Handling the NFL Draft is work but make no mistake about it, the draft is also fun to certain front office people. The war rooms, the prospect boards and ratings, the months of research, Radio City Music Hall in New York and 3 days of madness that can only be compared to the sleepless nights of an Ibiza vacation that leaves one feeling and looking like a zombie. The guys who work on the NFL draft for Big Blue must sleep for a full 24 hours following the draft on Sunday night through Monday and into Tuesday morning.

The Giants staff have been actively observing all of the players at the NFL combine for the past week and have no doubt made their reports on prospects the team might be interested in. Who will the team bring in for the minicamp and training camp? It’s too early to tell but the fact that Head Coach Tom Coughlin is looking to boost the offensive line is a good thing. In my opinion, GM Jerry Reese will be fine and once again bring in premium talent. Some of the players drafted under the Reese regime include WR Steve Smith, RB Ahmad Bradshaw, S Kenny Phillips, CB Terrell Thomas, TE Kevin Boss, DE Jason Pierre-Paul, OL William Beatty, WR Mario Manningham and WR Hakeem Nicks just to name a few. That is not a bad group of players at all. I have full confidence in Mr. Reese and his staff and do not understand why fans would think otherwise. What do you think?

Do you expect New York Giants GM Jerry Reese to have a solid draft in April 2011?

2 Responses to Will Giants GM Jerry Reese Have Another Solid Draft?