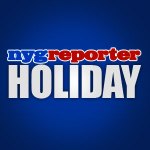 NEW YORK – Hello Giants Fans, here we are at the end of the week on a Friday and we’re just two weeks away from Christmas now. I would be lying if I said I wasn’t excited for Christmas this year. I’m also excited for the game on Sunday Night Football. The Giants play the Cowboys, as you very well know and this is more then a regular season game, this is a make or break game for Big Blue. If the Giants win, their playoff hopes continue for another week and if they lose, they are most likely done. So win the game!

Let me be clear, the Giants can absolutely beat the Cowboys. Going into Texas and getting the job done is a whole other story entirely. The Giants are really in a bad spot with injuries and will need the rookies and second stringers to have the game of their lives in a hostile environment. Of course, the one thing the Giants have going for them is the incredible ‘choking’ streak of Cowboys QB Tony Romo. That should help tremendously when Big Blue takes the field. To be honest, I’m even nervous to give a final score prediction in this game. But since most of our readers expect me to make a prediction, I will say the Giants win by a TD 28-21.

Did you know the New York Giants have 27 players in the Pro Football Hall of Fame? Some of them decided to go into the Hall under the wing of different teams but all of them played for Big Blue and some of them played their entire careers in New York. Two of the men inducted were actually not even players. Tim Mara and Wellington Mara were inducted as owners. The Giants have the second most players inducted. Tim Mara and Mel Hein were inducted as part of the inaugural ceremony in 1963. I expect the Giants to add many more players to the Hall of Fame before they are done. Nice going gentlemen!