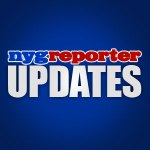 The 2010 New York Giants finished their final mandatory minicamp practice today. The team will now meet at the University of Albany for training camp on August 1, 2010.

The bad news about WR Domenik Hixon, missing the entire 2010 season, has opened up a can of worms over who will take his spot on the roster. Some question if it will be another WR. Special Teams coach Tom Quinn, has made some remarks about who will replace Hixon. Quinn said that rookie S Chad Jones, CB Aaron Ross, WR Sinorice Moss and  WR Mario Manningham will all contribute in helping fill the need at punt returner. That would leave the listener to believe that they will use that roster spot for another position.

Another question that is raised, is about the new turf at the new stadium. The players have complained about it in public and it could be the culprit of the Hixon injury. The coaches and front office seem to be unsure if the turf was at fault and have asked everyone to calm down while they look into it. Just another methodical move made by a classy organization. Obviously, the team doesn’t want their players getting hurt on the field and I’m sure that future concert promoters will have some new guidelines to adhere to.

The news wire has been pretty quiet about QB Eli Manning. Michael Eisen reports, Coach Gilbride said that Easy Eli threw the ball well and that he was pleased with his quarterbacks minicamp performance. Manning said all the right things during his interviews and seems very calm this season. Calm and determined. I expect everyone to say he is a top tier QB by the end of this season. There will be some very interesting Giants records broken in 2010, in my opinion.

Let’s take a look at the highlights from the final day of minicamp.

– Head Coach Tom Coughlin, spoke to the players before dismissing them until training camp on August 1. Giants.com quotes him as saying “What you talk about here is when you make a choice make sure it is in the best interest of you and your family,” Coughlin said. “And always make sure that whatever you decide to do, don’t do anything that you wouldn’t be proud of if it was on the front page.”

– Colonel Greg Gadson, attended practice and spoke to the team after the final minicamp practice today. Gadson has become a source of strength for the team since the 2007 Super Bowl run.

– Defensive Coordinator Perry Fewell, told reporters that he messed around with about 3/4 of his defense during practice.

– Offensive Coordinator Kevin Gilbride, said he liked what his saw from the players but also said everything, can always be improved on.

– Punters Jy Bond and rookie Matt Dodge, had one heck of a battle and Special Teams coach Tom Quinn, still hasn’t given the nod one way or the other.

– QB Eli Manning and WR Hakeem Nicks plan on putting in some extra work this offseason to work on routes.

– DE Justin Tuck sat out of practice with a sore foot.

– GM Jerry Reese mentioned yesterday, that a trade might in the future plans of the team. Keep that in mind.

Which New York Giants player do you think had the best minicamp in 2010?